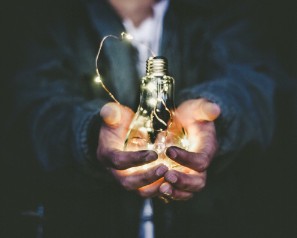 In the past couple of weeks, almost 200 countries met in Poland for the UN climate summit. This summit was the biggest and most important event since the climate summit in Paris in 2015. Although negotiators took two more days to discuss new plans and agreements, it hasn’t shown great results. No agreement has been made and that is bad news for our planet.

The earth can’t heat up more than 1.5 degrees

Last October, The Intergovernmental Panel on Climate Change (IPCC) published a scientific report that stated that global warming can not rise anymore further than 1.5 degrees in total. Therefore, it was not entirely coincidental that a new climate summit was held shortly thereafter. The goal of The COP24 in Poland was to receive a worldwide agreement on how to slow down climate change to meet the ultimatum of 1.5 degrees.

Initially, world leaders would be debating for twelve days over the reduction of global warming. In the end, they have debated fourteen days. However, those two extra days seemed to be unnecessary because no actual solution has come up. The IPCC report has been used as a guide for the COP24 to create a new handbook with rules, but that didn’t work out. This means that for the next climate summit in Chile 2020, more drastic actions need to be made. Already the effects on climate change are notable. Especially on vulnerable islands like the Maldives and Marshall Islands. These islands are already facing life or death situations due to hurricanes and floods. If world leaders wait another two years to take action, this could mean that more islands and sensitive areas will be affected. Since climate change occurs faster than ever, a lot can happen in two years.

Countries that are slowing down the process of development 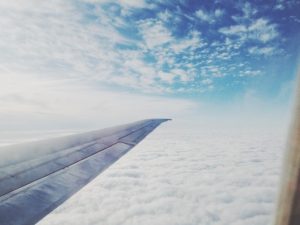 Agreed at the previous climate summit was that global warming has to stop, but not upon the manner of how. Little hope was set on the climate summit this year in Katowice to change that. Nevertheless, countries like The United States, Russia, Brazil and Saudi Arabia were slowing the process down. Especially The United States is well-known for slowing the development by statements from Donald Trump such as “Global Warming doesn’t exist”. However, at the last mid-term elections in the U.S., it has shown that the majority of the citizens wants to take actions against climate change.

Brazil appeared to be the real challenge

Another reason why the process of the COP24 in Katowice was so slow, is that the general idea was to make an agreement for new rules on international emission rights. However, somehow Brazil seemed to forget this general idea and goal and was putting a lot of pressure on the other 198 countries. Because of Brazil’s pressure, many rules were significantly eroded. Therefore, world leaders didn’t come to an agreement and decided to delete the chapter on emission allowances altogether. This topic will be addressed at the next climate summit, hopefully with more flexibility coming from Brazil.

Rules that succeeded after the COP24

Luckily, the COP24 wasn’t all for nothing. Negotiators have succeeded in producing a new handbook according to the rules for the Paris Agreement. This agreement has been made in 2015 after the COP23. This agreement stated that the earth can’t heat up more than 2 degrees. However, as shown, climate change is occurring rapidly and already in 3 years that needed to be adjusted to 0.5 degrees lower.

Minimum new rules have been made, but definitely, some changes are notable. A general, global goal has been set-up as the following:

“Climate-proof development pathways (CRDPs): Pathways that reinforce sustainable development at multiple scale levels and efforts to eliminate poverty through reasonable social and system transitions and transformations, while reducing the increase of climate change through ambitious mitigation, adaptation and climate resilience. “

In Katowice, countries have tried to find a system to implement new agreements. These agreements are beside the stated above one; reducing carbon dioxide emissions and first helping the poor countries that suffer the most from climate change. But again, no actual manners or actions have been set-up for that.

Protest at the COP24 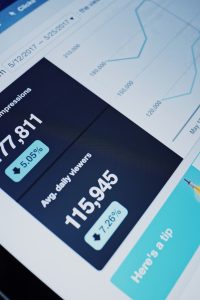 Besides 200 hundred representatives of various countries, also many social organizations and activists joined the COP24. They came to bring a message to Katowice: it’s time for a change and climate action, with or without a political decision. Many protests have started around the world and even a protest right after the COP24 conference. In Sweden, a teenager motivated her school to start a protest claiming that world leaders “aren’t mature enough”. There was also a growing attention on the possible future extinction of the bee. Another 65.000 people protested in the city of Brussels and Greenpeace also speaks out loud with an unsalted opinion. Thousands of organizations rang the Emergency Clock for our climate.

Greenpeace, one of the most notable worldwide, environmental development organization stated that it’s disappointed in the outcome of the climate summit. The spokesman of Greenpeace stated on many media-channels that “negotiators didn’t meet the goals of the purpose of this climate summit. Neither they took enough effort to find solutions to stop global warming at 1.5 degrees”. “The decisions that are made are not only ignoring science but are also ruining vulnerable islands and places, little by little. In addition to that, the world leaders led people down to ask for changes on climate action”, Greenpeace said.

Protest and sustainable movements have been around for many years. Getting solar panels or seeing a new windmill being placed is nothing new. However, after the COP24 the sustainable movement seems to be bigger than ever. Many petitions have started in order to make climate change stop and draw attention from world leaders.

Read more about sustainability in this blog.

Despite the fail attempt of world leaders to come to an agreement this year, they soon get a second chance at the climate conference in New York in September 2019. At this conference, all the heads of the governments of different countries come together. Hopefully, they will succeed better than the world leaders in finding a solution against global warming.